The Tacoma Concert Band Presents Pictures At An Exhibition

Following a highly successful tour of Scotland and Ireland with its retiring conductor Robert Musser, the Tacoma Concert Band will launch its 39th season with four exciting concerts under a new conductor, Gerard Morris, Director of Bands and Chair of Winds and Percussion at the University of Puget Sound. Morris has been the recipient of many honors and awards for his teaching and his musical skills. He has taught and conducted throughout the United States and abroad, as well as…

Crime and Punishment in Black America, A Conversation with James Forman Jr. 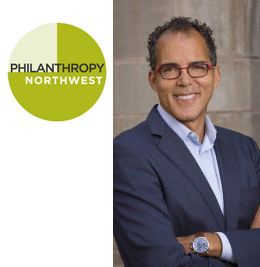 Philanthropy Northwest is pleased to bring James Forman Jr. as our next Racial Equity Series Speaker. How did the United States come to lock up more of its citizens than any other nation on earth? What can we do to change that? Professor James Forman Jr. has written many law review articles, in addition to op-eds and essays for the New York Times, the Atlantic, the New Republic, the Nation and the Washington Post. His first book is the critically…

An event every day that begins at 7:30 pm, repeating indefinitely

The Christmas Revels returns to Tacoma’s Rialto Theater. This year we're off to 18th century Canada for a Québécois Christmas Revels that includes storytelling, the beautiful songs of Christmas Eve and the boisterous songs of the new year, high energy dancing, a flying canoe and a magical journey. It’s a lively, funny and beautiful celebration for all ages. The heart of the production is the Revels adult and children’s choruses. Joining them are: actor Bill Johns; storyteller and multi-instrumentalist Benjamin…